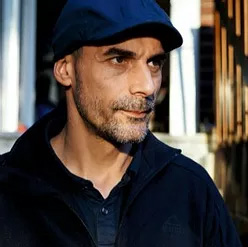 German painter, born 1976 in Transylvania (RO) Based and works in Germany, representing surrealistic and figurative painting.

2014 – Group Exhibition – „Look inside” – summer show of german, Belgian, and the Netherlands based artists, hosted by the Old Factory – Gallery (NRW- Germany)

2017 – Aribox Projekt Basel (SWO Solo Exhibition – „We are such stuff as dreams are…” hosted by the City Hall, NiederkrUchten, Germany.

2018 – Personal Exhibition – „The heart of Gold” hosted by Leysieffer – Duesseldorf (GER) Winner of American Art Awards in the category surrealism with the painting „California dreaming”.

2020 – Group exhibition at Ach1zig Gallery and Museum for modern art Berlin
Many of the works done along those years are courtesy of public and private collections, shown in galleries as well as in the artist’s studio.